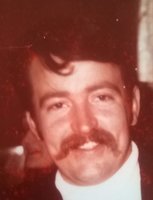 The son of the late Edward Brewer & Lettie Johnson Brewer, he was born on September 23, 1950 in Middletown, NY.

He was predeceased by a sister, Ethel Roe and 2 brothers, James Brewer & Joseph Johnson.

A funeral service will be held 10AM Monday, October 15th at the funeral home.