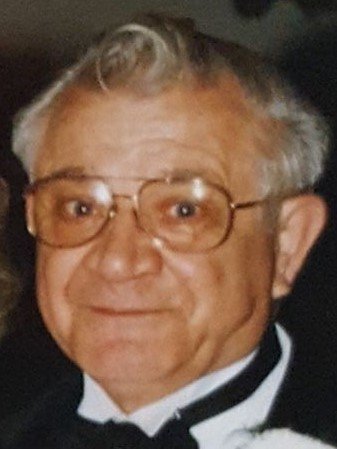 Raymond V. Rutkowski of Florida, NY, a lifelong resident of the area, entered into rest on Wednesday, July 3, 2019 at ORMC, Middletown, surrounded by his family.  He was 89.

The son of the late John E. Rutkowski & Anna Sadlowski Rutkowski, he was born on March 31, 1930 in Florida, NY.

Ray served in the US Army during the Korean Conflict where he was stationed in France, serving as a heavy equipment supply handler and translator for the Polish Guard.  After serving his country he worked for the Ford Motor Company as a quality control inspector for 25 years and later for Horton Memorial Hospital where he ran the print shop for 17 years.  Rays favorite job at Ford was being “Santa” at the employee’s annual Christmas party.  In 1971, Ray was the recipient of the “Ford Good Citizen” award, given for outstanding community service in the New York, New Jersey area.  He continued to be an active member of the UAW’s Retiree’s Local # 906.

Ray met the love of his life at a local birthday party.  They were married at St. Stanislaus Church and settled in Florida, NY.  Ray and Gert have been avid polka supporters for many years and were known to travel with their daughters attending many polka events.  His neighbors always enjoyed listening to his polka music every Saturday, Sunday & Monday evenings.

He had been active in Scouting for many years where he was the Scout Master for 20 years.  He was the recipient of the Order of the Arrow, the Bronze Pelican and the coveted St. George Award.

He was an active member of St. Joseph’s Church and its Holy Name Society, where he held many offices.  He was the chairman of the annual Penny Social, Easter Egg Hunt and the Thanksgiving Day Raffle.   A member of the American Legion Post 1250, Florida; a 4th Degree Member of the Warwick Valley Knights of Columbus #4952, a past member of the Orange County Pulaski Parade Committee where he chaired many Paczki Balls; and an active member of the Hudson Valley Polonaise Society where he was named Citizen of the Year for 2002-2003.

He was predeceased by his 2 brothers, Ed & Alex Rutkowski.

In lieu of flowers, memorial contributions may be made to St. Joseph’s Church Restoration Fund, 14 Glenmere Avenue, Florida, NY 10921.

Share Your Memory of
Raymond
Upload Your Memory View All Memories
Be the first to upload a memory!