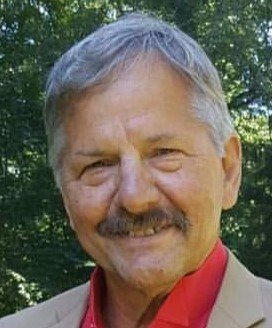 The son of the late William & Mary Martin Majewski, he was born on January 20, 1950.  He was one of eight children.  An avid drag racing fan, Tony spent the last 34 years traveling around the country to as many drag races he could get to.

In the early years, Tony plowed snow for St. Stephen’s Church and enjoyed Father Corrigan riding along in the truck.  He donated his excavating to the building of the new church in 1990.  He turned the Pennings Field into a soccer field for the Catholic School children.

Tony coached Warwick Youth Soccer boys and girls and with his brother he donated his excavating and time in the making of soccer fields at Warwick Town Park.  He enjoyed one entire summer creating “Light the Lights” with Coach Tim St. Lawrence at the Warwick High School Track & Field.  Tony loved the earth and created most of the ponds in the Warwick area working as an Excavator in his business, Wel-Done Excavating.  His slogan was “the man to call to do it all”.

Tony will be missed by his loving wife of 46 years, Patricia and his six children.  He leaves behind his daughter, Heather and Tim Rizzo; his son, Eric and Jennifer Majewski; his daughter, Tricia and Lucien Hoyen; his son, Taylor and Laura Majewski; his daughter, Jill and Brandon Porkka; his daughter, Sara and Mike Stubeck; and 10 grandchildren, Lucien, Owen, Zachary, Logan, Taylor Jade, Lillianna, Morgan, Audrina, Ryan & Cora and a new grandson yet to be born; his brother, Richard Majewski; sisters, Jean Majewski, Patricia Grippe, Lorraine Sehrt & Cynthia Braun; along with numerous nieces and nephews.

He was predeceased by two brothers, William & Ernie Majewski.

Share Your Memory of
Anthony
Upload Your Memory View All Memories
Be the first to upload a memory!