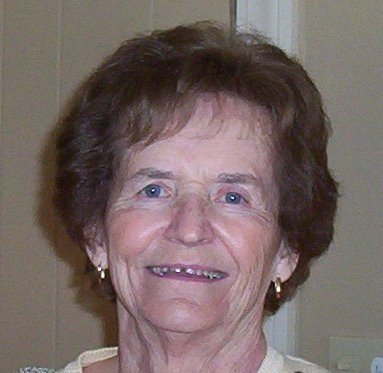 Margaret Gailie, of Florida, New York, passed away at Schervier Medical Pavilion on Tuesday, November 5, 2019 in Warwick, NY. She was 85 years old. The daughter of the late Harold Moran and Marion Moran (nee David), she was born in Brooklyn, NY on June 2, 1934.  She moved to Florida, NY in 1959.

She was predeceased by husbands Charles Van Horn and Anthony J. “Buddy” Gailie. In addition to her siblings; brothers Gerald, Harold, Thomas and sisters Patricia & Marion, her twin sister.

Margaret worked alongside her sister-in-law Helen at Big V Supermarkets in Florida, NY before the expansion to Middletown and the
transformation into the Shop-Rite conglomerate. She was #2 in the office handling day to day office operations, working as an advertising associate, drafting ads for the newspaper and mentoring future Chairman A. Richard Rosenberg.  She was a home health aide in the Village of Warwick and worked for a medical billing company. She was beloved by her large clan who slowly migrated to Florida, NY from Brooklyn after spending so many summer weekends at Uncle Buddy and Aunt Marge’s. She survived: living in New York City
with the sacrifices WWII brought to everyday life in America, the loss of two husbands, undiagnosed celiac disease and a debilitating back injury due to an auto accident wherein she wasn’t supposed to walk after surgery.  Through it all, she raised a family, entertained constantly, sang all the show tunes, loved without condition, mentored those in need and comforted those who sought her out while always extolling her seven brothers and never having anymore than two adult beverages (who’s counting?). She was known as Ditch Weed, Marge, Chives, mother, wife, Grandma Margaret and one of the two bats.

Memorial contributions can be made in Margaret’s name to the National Celiac Foundation, http://www.americanceliacsociety.org/index.html

Share Your Memory of
Margaret
Upload Your Memory View All Memories
Be the first to upload a memory!