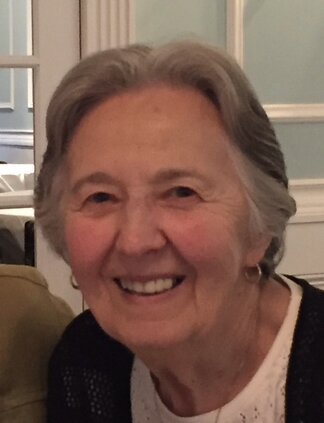 Dorothy Ann Kimiecik, a lifetime resident of Florida, NY entered into rest on Saturday, January 7, 2023. Dorothy was born on January 3, 1938 in Goshen, NY. She was the only child of the late Charles Golembowski and Genevieve Kocot Golembowski. She was 85.

Dorothy grew up in the tenant house across the road from her grandparents’ farmhouse on Spanktown Road. She had many adventures with her special double cousin, Joan Kocot Sosler Poloniak who lived on the farm. When Dorothy was eleven years old she and her parents moved to Maple Avenue in the village of Florida. Dorothy completed her grammar school years at St. Joseph Elementary School and later graduated from S. S. Seward Institute. Dorothy then completed her secretarial training at the Spencerian Business School in Newburgh.

When Dorothy was fifteen she met her future husband, John while ice skating on Vernon’s Pond in Florida. They married on October 6, 1956. Dorothy and John were married for 58 years before John’s passing on June 30, 2015. They raised their four children in a loving and active home on Seward Highway. When Dorothy’s children were young she volunteered as a Brownie Scout Leader with her sister-in-law, Mary Kimiecik. She and Mary also volunteered to run the library at St. Joseph School for several years. Once Dorothy’s children were all in school she began a twenty five year career as a beloved and respected kindergarten and special education aide at Seward Institute and Golden Hill Elementary. She loved working with children and the children loved her.

Dorothy is survived by her sons: Greg Kimiecik of Florida, NY and Jay Kimiecik (Kim) of Oxford, Ohio; her daughters: Sandy Kimiecik (Ellen) of Florida, NY and Kathy Kimiecik Foley (Paul) of Canada. Dorothy is also survived by her beloved grandchildren: Carly Kimiecik of West Lafayette, Indiana and Colin Kimiecik (Holly) of Crown Point, Indiana. She also had many special cousins, nieces, nephews, great nieces and nephews and several great-great nieces and nephews. She kept a special collection of toys and books for the children who visited her home. There was nothing that Dorothy loved more than visiting with her family and hearing their stories.

Share Your Memory of
Dorothy
Upload Your Memory View All Memories
Be the first to upload a memory!
Share A Memory