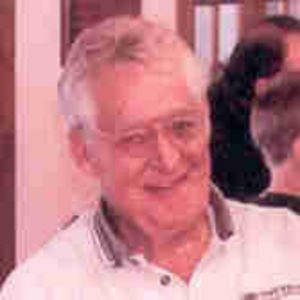 Please share a memory of James to include in a keepsake book for family and friends.
View Tribute Book
James Hobart Miller of Warwick, NY, entered into rest on Monday, February 14, 2011 at Westchester Medical Center, Valhalla, NY. He was 71. Jim was born on a dairy farm in Constableville, NY on December 31, 1939 to Hobart A. Miller and Beatrice E. (Felshaw) Miller. He and his family have resided in Warwick/Edenville since 1970. He was a member of the Pine Island Seniors, an Associate member of the PLAV and his favorite was the Warwick/Florida Men’s Golf League. He attended SUNY at Brockport, majoring in physical education. He was self employed as an Automotive Manufactures Representative and owned Main Auto Parts store in Middletown and Warwick. He had various other jobs until he retired. He then began his enjoyment of working with his sons and grandsons while being co-founder of Miller Contracting. Most of all he enjoyed visiting with his friends. A family statement reads; “His knowledge, love, companionship, colorful spirited personality will be greatly missed by his family. He was truly a one of a kind person.” He was married to Maureen Kelly Miller for 50 years. His children are Ken-James Miller and his wife Catherine, Scott Hobart Miller and his wife Barbara; Kelly Maureen Chirico and her husband Dave. His grandchildren are Catherine, Ken-James, Thomas, Scott, Sean, Brian and Jenna and step grandson Robert Chirico. His great granddaughter Leighla Jaymes was born on February 12, 2011. His brothers and sister are Charles Miller and his wife Betty; John Miller and his wife Olga, Susan (Miller) Adsit, Janet (Miller) Jacintho, Betty (Miller) Venth and her husband Ronnie, Richard Miller and Joe Miller. As well as many nieces and nephews. He was predeceased by his siblings, Nancy (Miller) Kraeger, Ruth Miller-Garcia and Thomas Miller. Visitation will be held on Thursday, February 17th from 2-4 & 7-9PM at the T.S. Purta Funeral Home, 690 County Route#1, Pine Island, NY 10969. Funeral services will be held 11:00 AM on Friday, February 18th at the funeral home. Burial will be in St. Stanislaus Cemetery, Pine Island.

Look inside to read what others have shared
Family and friends are coming together online to create a special keepsake. Every memory left on the online obituary will be automatically included in this book.
View Tribute Book

Share Your Memory of
James
Upload Your Memory View All Memories
Be the first to upload a memory!
Share A Memory
Plant a Tree