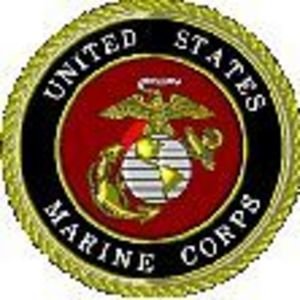 Please share a memory of Peter to include in a keepsake book for family and friends.
View Tribute Book
Peter Kaleita of New Hampton, NY, entered into rest on April 12, 2011 in O.R.M.C. - Arden Hill Campus, Goshen. He was 87. The son of the late Casimir Kaleita & Victoria Wojtowicz Kaleita, he was born on January 15, 1924 in McMechen, West Virginia. He was a retired concrete foreman for Local 17 Newburgh, NY having worked for them for over 35 years. Peter was a WWII Marine Veteran having served as an Amphibious Tank Commander in the South Pacific. He was on the Planning Board, the Zoning Board of Appeals, and served as a Constable for the Town of Wawayanda. Peter was an avid outdoorsman, having enjoyed hunting, fishing, and trapping. He also enjoyed watching his Yankees. He was a truly dedicated husband, father, and grandfather. He will be dearly missed by his family and friends. He was predeceased by his wife of 55 years Rolanda. He is survived by his daughter Doreen Johnson and husband Earnest, and their daughter Traci; Sons, Peter Kaleita, and William Kaleita; His sister Dolores Quinn; and several nieces and nephews. Visitation will be held at T.S. Purta Funeral Home 22 Glenmere Ave. Florida, NY on Friday April 15, 2011, from 7-9 PM. Funeral mass will be held 10 AM on Saturday April 16, 2011 at St. Joseph’s Church 22 Glenmere Ave. Florida, NY 10921. Interment will be in Wallkill Cemetery, Middletown, NY

Look inside to read what others have shared
Family and friends are coming together online to create a special keepsake. Every memory left on the online obituary will be automatically included in this book.
View Tribute Book

Share Your Memory of
Peter
Upload Your Memory View All Memories
Be the first to upload a memory!
Share A Memory
Plant a Tree