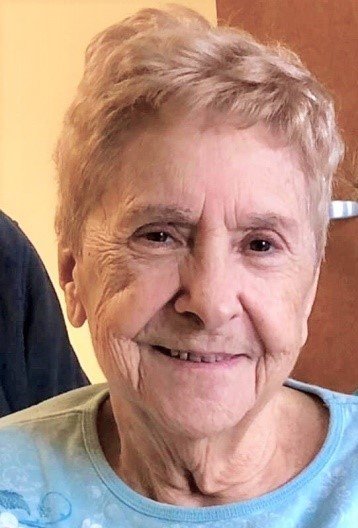 Loraine R Winschel Prediger Timmerman of Florida, NY entered to rest on Tuesday, August 20, 2019. She was 94. Loraine was the daughter of the late Andrew G Winschel and the late Philomena T Ponder. She was born May 25, 1925 in Belgigue, Missouri.

Loraine was a person who believed in both giving to and participating in her community. She did so by joining many community groups such as the Rockland County Hudsoneers, The Warwick Red Hats Club, Warwick Golden Seniors and the Warwick Valley Chorale which culminated in one of her proudest moments of performing at Carnegie Hall. Loraine was an avid seamstress and for the Country’s Bicentennial crafted an American Flag which was accepted by Rosalynn Carter.  To this day it is still displayed in the White House Library. She was also an enthusiastic NASCAR race fan and cheered on her favorite driver Dale Earnhardt Junior well into her 90s.

In lieu of flowers the family has asked that donations be made in Loraine’s honor to St. Stephens Church, Click here to donate online

Share Your Memory of
Loraine
Upload Your Memory View All Memories
Be the first to upload a memory!