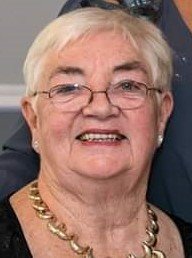 Judith Garrett Giglio McAliney of Warwick, NY, entered into rest on October 24, 2019, after a courageous battle with cancer that she fought with great humor and love.  She was 81.

The daughter of the late Edward Garrett & Margaret Nolan Garrett, she was born on March 7, 1938 in New York, NY.

Cremation will be held privately following the services.

Memorial contributions may be made to the Warwick Humane Society, PO Box 61, Warwick, NY 10990.

Share Your Memory of
Judith
Upload Your Memory View All Memories
Be the first to upload a memory!