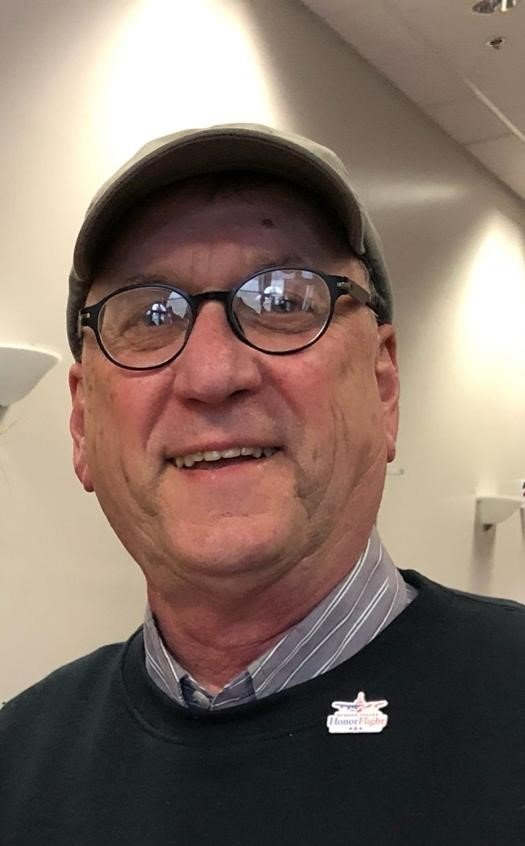 George Francis Sicina, born October 4, 1951 on St. Francis Day passed away on Palm Sunday, April 5th, following an intense battle with Stage 4 Glioblastoma. George F. Sicina fought hard against cancer with bravery and dignity for 14 months. He was 68 when he passed.

Born in Warwick NY, the son of Ignatius Sicina, who passed on when George was very young, and Marcella "Marcy" Harter Sicina Bilvin. He was raised by his loving mother and stepfather, Leo Bilvin. His survivors include his devoted wife Jana Sicina of Florida, NY; loving daughters Kristen Sicina of Pine Island, NY and Marissa Sicina of Austin, Texas; loyal brother Herman Sicina and his wife Mariann Kelly-Sicina of Warwick, NY; many nieces, nephews, cousins, and countless friends.

George F. Sicina, was a Navy veteran of the Vietnam War. He served from 1971 to 1975 aboard the USS Intrepid and the USS Independence; he was very patriotic and proud to have served in the US Navy.  George was always happy to have small talk or deep conversation, especially about politics, history, or the Navy.

After the military, George began a lifelong career in lumber and contractor sales. For over 35 years, he worked with local retailers serving multiple counties across New York and New Jersey. George loved his job and he knew his products well, but there was nothing he enjoyed more than sharing his expertise and connecting with people, creating lifelong friendships.

Words cannot describe how deeply he will be missed. A loving husband, father, brother and loyal friend to many; he was a man of substance and integrity. George will forever be carried in the hearts and souls of his family and friends.

Graveside services with military honors will be held 1:30PM Saturday, September 5th at St. Joseph Cemetery, 616 Union Corners Road, Florida, NY 10921.  Everyone gathering, that are unable to social distance, are asked to wear masks while attending the service.

Remembrances may be made to the American Brain Tumor Association at https://www.abta.org/

Share Your Memory of
George
Upload Your Memory View All Memories
Be the first to upload a memory!
Share A Memory
Plant a Tree