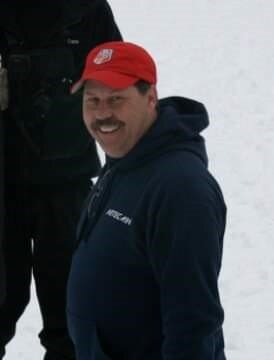 Christopher Cockburn of Goshen, NY, a retired Sergeant with the Town of Warwick Police Department and currently a Police Officer for the Village of Florida, entered into rest on Tuesday, September 14, 2021.  He was 59.

Chris was the first D.A.R.E. Officer in Warwick.  He was an avid skier and golfer.  He was a ski instructor for Tuxedo Ridge and a Master Police Instructor at the Rockland Police Academy.  He had a great sense of humor.  Dad was a true family man, his life revolved around his family.

Due to COVID 19, the family is requesting that all in attendance wear masks while indoors.

In lieu of flowers, memorial contributions may be made to Shriners Hospitals for Children, 516 Carew St., Springfield, MA 01104 or to Tunnel to Towers Foundation, 2361 Hylan Boulevard, Staten Island, NY 10306.

Share Your Memory of
Christopher
Upload Your Memory View All Memories
Be the first to upload a memory!
Share A Memory