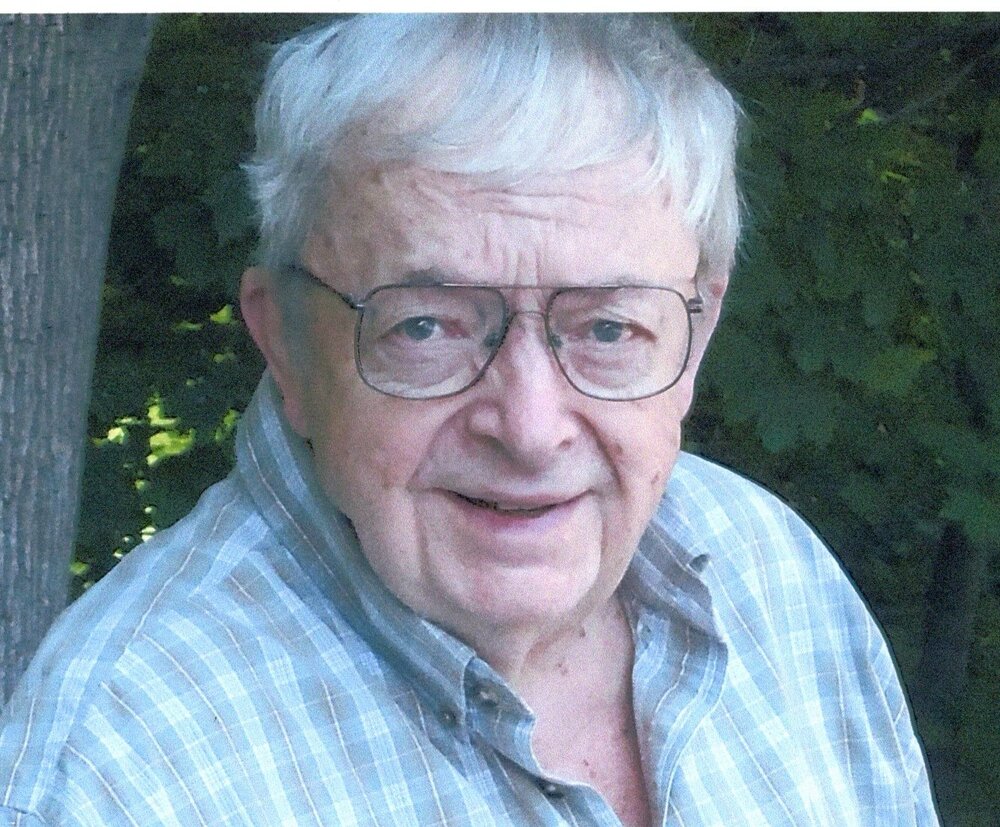 Please share a memory of Warwick to include in a keepsake book for family and friends.
View Tribute Book

Born and raised in Champaign, Illinois.....at age 17 Warwick served in the U.S.Navy in World War 2,

Randall, Elaine Stritch, Tallulah Bankhead, etc. He also designed settings, costumes, and lighting for six Off-Broadway shows, (with Zero Mostel, Jason Robarts, Jean Stapleton, Dustin Hoffman, Gerome Ragni etc.) He  was Assnt.Set Designer on two Broadway musicals and was chosen by the composer, Richard Rodgers, to design the sets for Mr.Rodgers' revival of his "Babes In Arms". After a long pre-Broadway tour in 1959, it closed when the final Rodgers/Hammerstein show, "The Sound of Music" went into rehearsals.

This allowed Warwick to spend 3 winters travelling through Europe, studying their theaters and opera houses.

(And In 1963, while opening Music Fair shows, to travel with Lee and Lee's bride-to-be, Barbara Walters.)

Warwick loved preparing Exhibits at the 1964 New York World's Fair.....and hated being  Art Director on TV commercials filmed in NYC studios. ( Later, in 1981, he did love working on an "I Love New York"  TVcommercial because it was Elizabeth Taylor,  singing and dancing with the Radio City Music Hall Rockettes... who were all thrilled when she let them try on her Very Famous Diamond Ring).... When the Metropolitan Opera moved into Lincoln Center in 1965, Warwick painted scenery on all their new productions that first season and assisted Marc Chagal (then age 78) in painting his "Magic Flute" costumes.  Franco Zeffirelli was Director and Designer (sets and costumes) for  the gala opening night premiere production of "Anthony and Cleopatra",.In final rehearsals, when the Met's expensive new revolving stages  refused to revolve, Franco had to design last-minute costumes for dozens of stagehands to wear while shifting his scenery in full view  of the audience. Up on the roof of the new opera house, Warwick and a paintboy spent 2 very long days, dying bolts of fabric in Franco's "Egyptian desert tones" and hanging them out to dry, on impromptu clothes lines, in the hot sun  and strong breezes up there. "Thus allowing the show to go on....."

For the next 25 years, he was a Scenic Artist or Assnt. Art Director on major feature films shot in and around New York City...The Godfather, Tootsie, The Great Gatsby, The Exorcist, Midnight Cowboy, The Wiz, Sophie's Choice, King Kong...with great directors..Fosse, Coppola, Huston, Lumet, Kazan...and wonderful  actors to work with.....Meryl Streep, Marlon Brando, Shirley MacLaine, Dustin Hoffman, Jessica Lange, Robt. Redford, Faye Dunaway, Richard Pryor, Sidney Potier, Al Pacino, Lena Horne, Michael Jackson,Sean Connery.  Warwick's weirdest job: Being lifted by cherry picker, at night , up onto the hairy chest of a 45 foot tall King Kong that was lying on its back at the foot of the North Tower of the World Trade Center,(having apparently just fallen 102 stories after being shot at by planes)... to patch up, with black duct tape, damage done to Kong's chest while being trucked to the site.....while 2,000 extras waited for Jessica Lange to appear, making her film debut in Dino De Laurentiis' botched 1976 re-make of "King Kong".

1976 was special for Warwick. While he served for 6 months as Assnt.Biz Agent of his union, United

Scenic Artists, his office window on Broadway overlooked Times Square.(!!!) And on July 4th, as guest on a Dutch ship, he sailed into NY Harbor with the Parade of Tall Ships for the BiCentennial Celebration (!!!).

At 40, Warwick had moved to Warwick, NY, (.No connection,.except that his Mother's maiden name

( shared with basset hounds and cairn terriers......and weekend guests from the NYC stage and film world.)

After his retirement in 1992, inspired by Barbara Bush, he trained for and became a Volunteer Tutor

In Dec.2011,when Warwick sold his house, he and Bob moved into adjacent apartments in the Devon Woods Adult Community in Warwick, NY.

He will be sadly missed by everyone that knew him.

Share Your Memory of
Warwick
Upload Your Memory View All Memories
Be the first to upload a memory!
Share A Memory