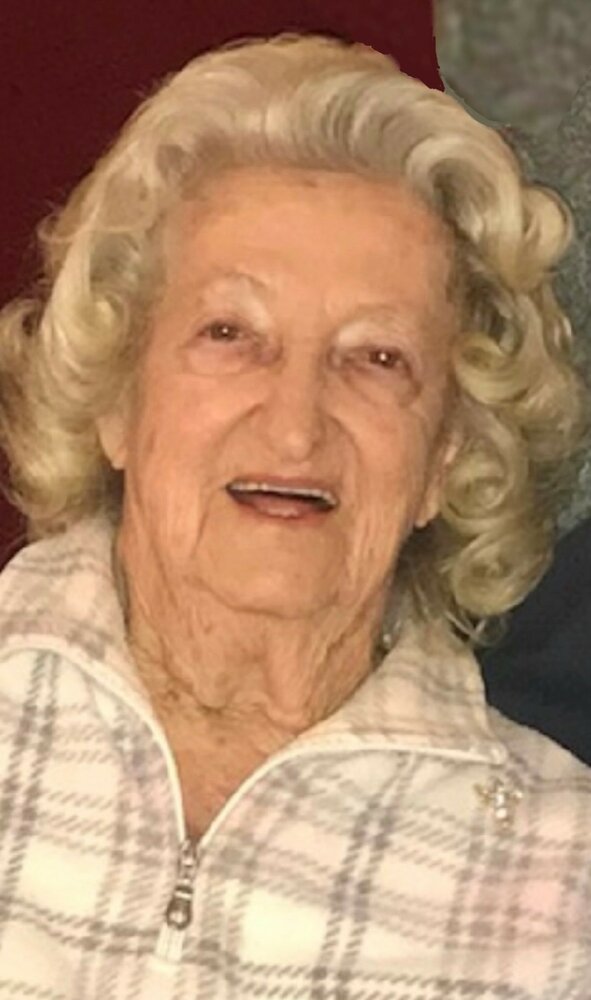 Please share a memory of Helen to include in a keepsake book for family and friends.
View Tribute Book

Daughter of the late Trofim and Mary (Dombrowski) Rachok, she was born on December 28, 1927, in Franklin, NJ.

She met and married the love of her life, John (Jack) Filipowski.  They began their adventure together in Pine Island, NY later settling to their forever home in Middletown.

She retired early as a Staff Attendant from the New York State Mental Hospital in Middletown to raise her children.  She went on to support her husband and family in various capacities.  She became Jack’s secretary in both his capacity as Town of Wawayanda’s Building Inspector and as his secretary and bookkeeper for their company, F&W Excavating.  She was also the Deputy Town Clerk for Wawayanda for many years.

She was a wonderful homemaker who handmade (sewed) beautiful clothes for herself and her family.  Jack and Helen were wonderful upholsters, who transformed many pieces of furniture into beautiful heirlooms for themselves, family and friends.  She also gardened and preserved all types of foods.  She was famous for “Grandma/ Aunt Helen’s Pickles”.  She was an accomplished cook and baker, who made all holidays and celebrations extra special with her food and her love!

Jack and Helen always had a love of music and their Polish heritage. Together they were in several of the Onion Harvest Festival Choirs, and they founded the Bit of Poland Choir.  They also enjoyed sailing, camping, and traveling.

Helen is survived by her son, Leonard Filipowski of Danbury, CT and her daughter, Kathy DeRose (Dan Conklin) of Middletown, NY.  She is further survived by her four beloved grandchildren: Kristi (Ryan) O'Sullivan, Liam Filipowski, Joseph "Joe" (Fiancée, Victoria) DeRose and Ashley DeRose and one great-granddaughter, Reagan DeRose. She is also survived by several brothers-in-law, nieces, and nephews.  She was predeceased by Jack, her husband of 71 years, two brothers, Frank and Alexander and four sisters, Olga, Eleanor, Pauline and Mary Ann and several brother and sisters-in-law.

In lieu of flowers, memorial contributions in Helen’s memory may be sent to the Hospice of Orange and Sullivan, 800 Stony Brook Court, Newburgh, NY 12550 or to Holy Cross Church, 626 County Route 22, Middletown, NY  10940.

Share Your Memory of
Helen
Upload Your Memory View All Memories
Be the first to upload a memory!
Share A Memory